Search for the perfect glass 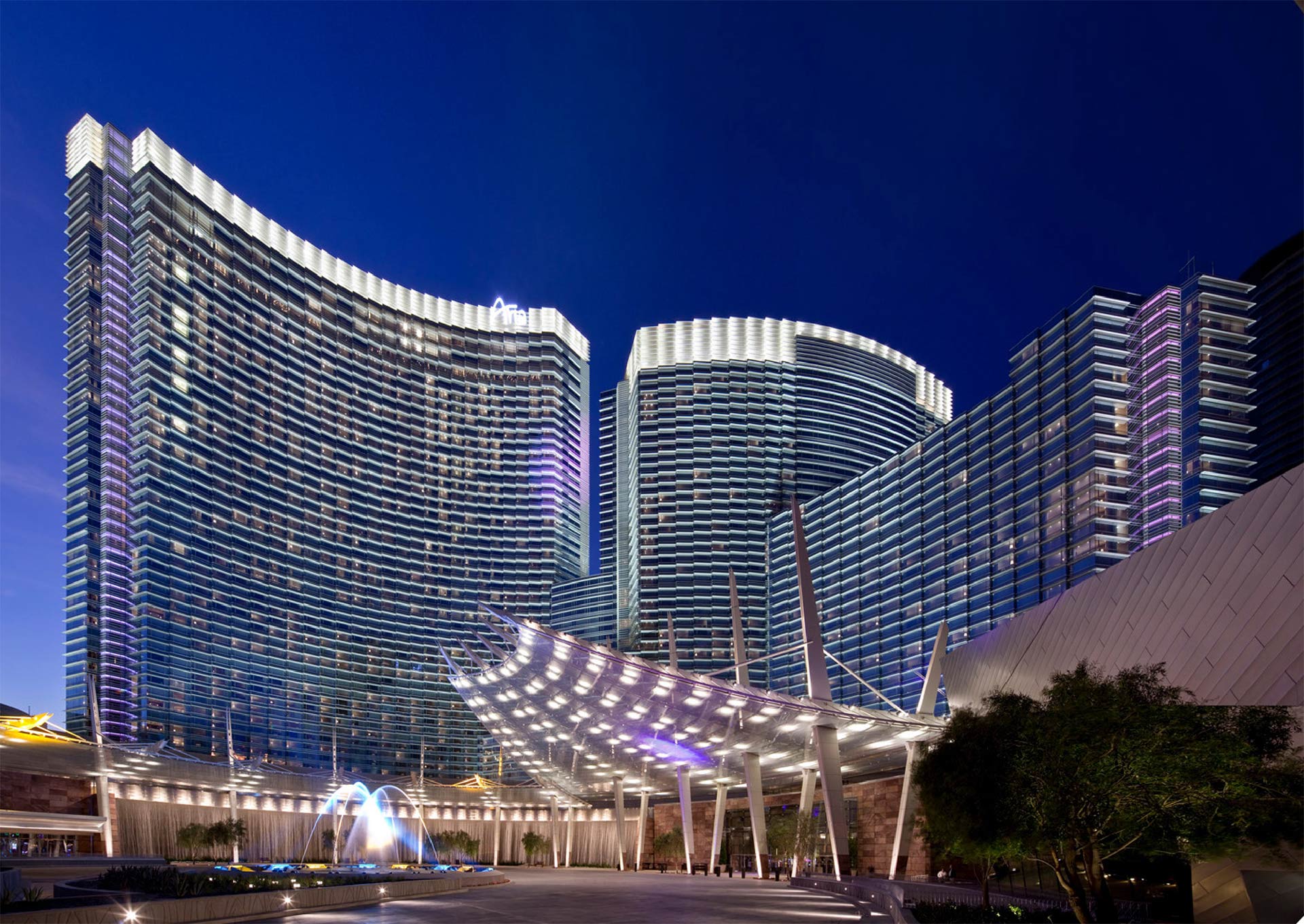 VRE-3117 is part of our new VRE line, engineered via a recently patented process to respond to today’s demanding
requirements while preserving the VRE experience featured on over 2,000 buildings the world over. New VRE was developed
to meet the requirements as expressed by Architects and Building Designers for neutral coatings with industry leading
performance, and less exterior reflectance than previous VRE generations. Aesthetics were tailored to meld the traditional,
vibrant appearance of Viracon’s VRE coatings with current design trends. Now we bring this new, understated aspect to
VRE-3117, the newest member of the latest generation of VRE coatings. Learn more.

Viracon is excited to release VRE-4725, a high-performance solar control coating. With a Visible Light Transmission (VLT) of 47%, Solar Heat Gain Coefficient (SHGC) of 0.25, Exterior Reflectivity of 25% and neutral to graphite reflected tones; Viracon affords architects yet another option to address all of their aesthetic and performance requirements.

Through a recently patented process, VRE-4725 was developed to meet the performance required in today’s demanding building environment. The aesthetics meld the traditional, vibrant appearance of Viracon’s VRE coatings with current design trends, bringing a new, understated aspect to the latest generation of VRE coatings. For more information, see VRE-4725. 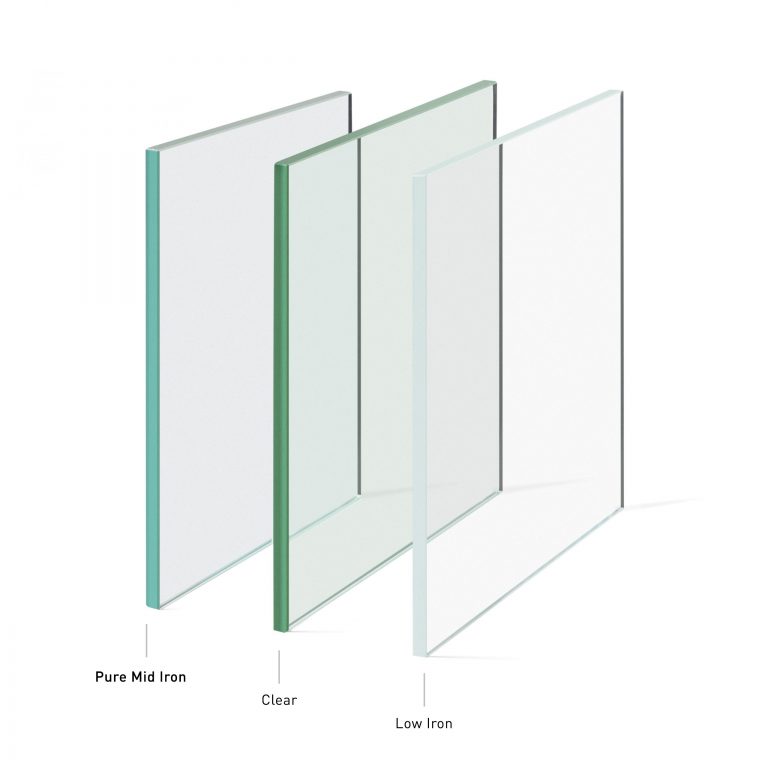 Pure Mid Iron is available in 1/4” (6mm), 5/16" (8mm) and 3/8" (10mm) thicknesses for use in monolithic, laminated and insulating glass unit configurations. Viracon’s high-performance proprietary coatings can be applied to Pure Mid Iron to achieve optimal performance and desired aesthetics. 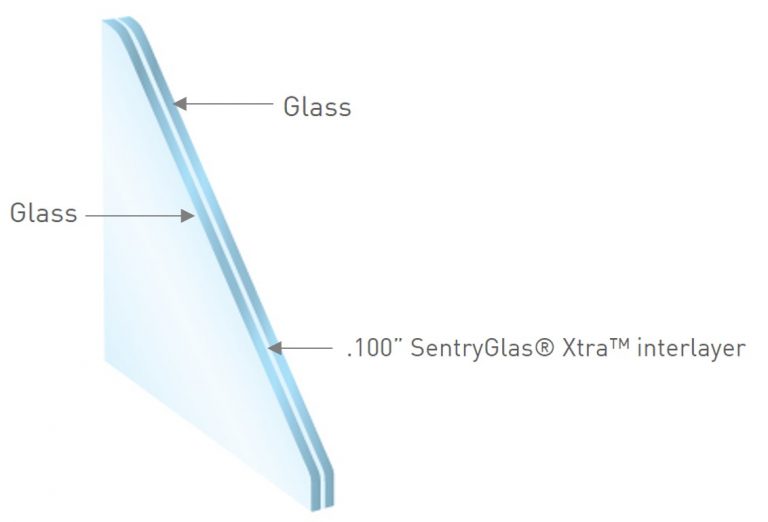 Viracon’s laminated glass product offering now includes the .100” SentryGlas® Xtra™ interlayer which is available in sizes up to 84” in width, 236” in length and an 80 square foot unit maximum.

SentryGlas Xtra is suitable for structural and hurricane-resistant applications. SentryGlas Xtra has been tested and certified to large missile impact testing. 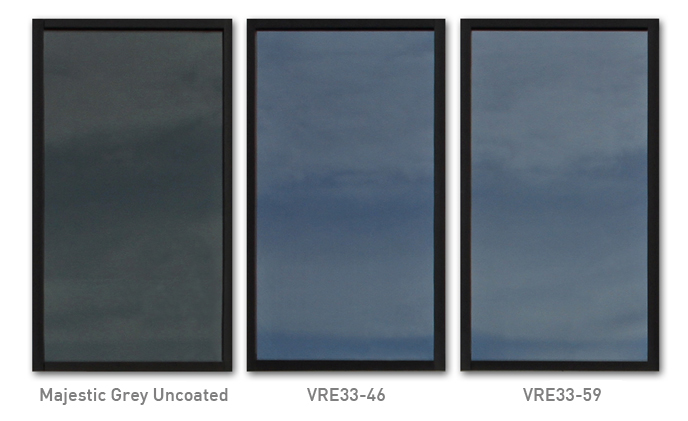 Majestic Grey is available for use in monolithic, laminated and insulating glass unit configurations. Majestic Grey can also have one of Viracon’s high-performance solar-control coatings applied after heat strengthening or tempering of the glass. Add a silk-screen or digital print to the same surface as the coating to achieve optimal performance capabilities of the glass.

Viracon’s newest warm edge spacer, VTS™, is a proprietary technology for insulating glass units that carries a special 12 year insulating warranty. VTS has been engineered to outperform other spacers and edge seal systems and is available in glass sizes up to 130” x 236”. 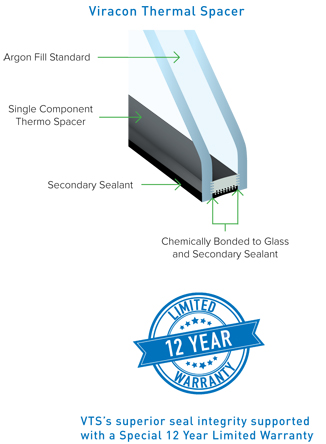 By integrating innovative coatings development and manufacturing processes, Viracon has enhanced the performance of some of the best-selling coatings in our high-performance coating lineup.

Enhanced VRE and Enhanced VE improve the Solar Heat Gain Coefficient (SHGC) 13% to 22% in a 1” dual pane insulating unit on clear glass over standard VRE and VE coatings. The Enhanced series deliver this significant improvement in solar management performance while maintaining the color-neutral aesthetics of the popular VRE and VE coatings.

VRE-4322, Viracon’s newest coating is now the best performing coating in the most popular coating family. With a Visible Light Transmission (VLT) of 43%, Solar Heat Gain Coefficient (SHGC) of 0.22 and Exterior Reflectivity of 25% on clear glass combined with a neutral appearance, you now have a coating that meets all of your aesthetic and performance requirements.

Architects and designers have been asking for a VRE coating that reduces exterior reflectivity and SHGC while still maintaining the same great VRE appearance that is featured on over 2,000 buildings around the world. Through a recently patented process, VRE-43 was developed to meet the performance needs required in today’s demanding building environment. The aesthetics were also tailored to meet current design trends of a vibrant appearance while bringing a new, understated level of reflectance to the VRE coating family.

Viracon is pleased to announce the addition of the latest glass manufacturing technology and fabrication equipment to increase Viracon's maximum finished product size capability.   The finished size capability for most of Viracon's products is increasing to a base dimension up to 130" (3302mm), a height dimension up to 236" (5994mm) with an overall square foot maximum up to 213 square feet (19.76m2).

Viracon is investing in these capabilities to meet growing demand from architects for larger expanses of glass in exterior facades. This demand is being driven by building owners and developers who are looking for bigger, unobstructed views and better daylight and energy management. By adding larger size capabilities to our comprehensive portfolio of architectural glass products, we are able to offer architects and building owners solutions that support their 'BIG Glass' designs and energy conservation goals without compromise. 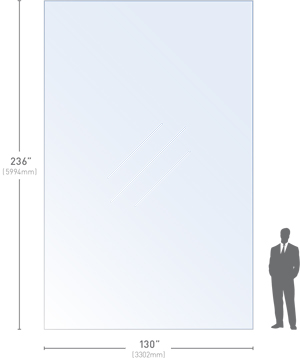 VNE-53 features a neutral-silver appearance with Visible Light Transmittance (VLT) of 52% and a Solar Heat Gain Coefficient (SHGC) of .23 on low-iron glass in a 1” insulating configuration which results in an outstanding light-to-solar-gain (LSG) of 2.29.

All of Viracon’s high-performance coatings has been specifically designed to control off-angle color shift and VNE-53 is no exception. Your project will have the same great silver-neutral aesthetic when viewed from any angle.

Laminated Insulating with VNE-63 on the #4 Surface 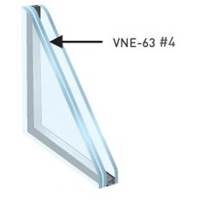 Viracon’s highest LSG Low-E coating, VNE-63, is now available on the #4 surface of a laminated insulating unit offering protection, performance and aesthetics in one make-up! Attain necessary fallout protection for safety and hurricane applications with a laminate on the outboard of an insulating glass unit.

Viracon’s VNE-63 coating is a neutral Low-E coating that provides both optimum thermal performance and transparency.  When VNE-63 is applied on the #4 surface of a laminated insulating unit, as much as 39% improvement in u-value is gained compared to coatings on the #2 surface of the outboard laminate. Reference the product pages to obtain performance data for air or argon filled options.

By applying one of Viracon’s high-performance coatings to Optigray glass you can achieve high levels of light transmission combined with a low solar heat gain coefficient. In addition, interior and exterior reflectivity are minimized creating an appealing solution for your next project.

Optigray is a registered trademark owned by Vitro.

Viracon is pleased to introduce RoomSide™ Low-E, a new interior surface coating designed to improve the u-value of an insulating or laminated glass unit. The coating works by reflecting indoor heat back into the room and improving thermal efficiency.

To achieve comparable u-value performance to a triple insulating unit at a lower cost, specify the RoomSide Low-E coating to the #4 surface of an insulating unit in combination with a high performance coating on the number 2 surface and an argon filled space.

Application Awareness:
Since the coating reflects radiant heat back into the room, this also lowers the interior glass surface temperature and therefore, creates potential for condensation to occur in high humidity environments. 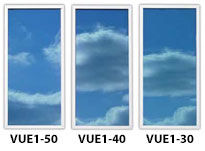 In today’s tightening energy code environment we have been challenged by designers and developers to offer a low-emissivity coating with exceptional performance – a Solar Heat Gain Coefficient (SHGC) of less than .20. Introducing Viracon VUE-30, our newest highperformance coated glass.

VUE-30 has superior solar performance with a Solar Heat Gain Coefficient (SHGC) of .18 and Visible Light Transmittance (VLT) of 31% on clear glass resulting in an LSG of 1.72. VUE-30’s solar performance is complimented by a transparent appearance that designers have been asking for.